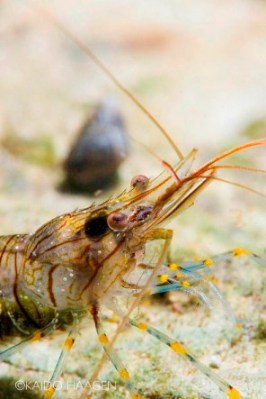 Where, when and how discovered: Photographed in a bay in Lahemaa national park (Gulf of Finland) by Kaido Haagen on 25th August 2010. Almost a year later he started to doubt initial identification (Palaemon adspersus) and sent the photos to marine specialists.

Why the concern? The species seems not to be well known, it's distribution and alien status not well studied, but seems to (locally?) outcompete native species Palaemon adspersus.

What does it look like? Looks like a small shrimp, at first glance could be confused with Palaemon adspersus. Carapace and pleonites with dark yellow-brown bands. Rostrum colourless or with small red chromatophores. Legs with yellow and blue bands. Size: length up to 63 mm.

Where might I see it? In shallow basins near shore in Baltic Sea

Invasive status: Listed as potentially invasive in Poland in the NOBANIS database. Also listed in DAISIE, but with no info about status.

Is there a reference specimen?: No. The identification was confirmed from a photograph.

Actions taken to date: Scientists have been notified, its presence is currently being studied.

For more information on the siting in Estonia: 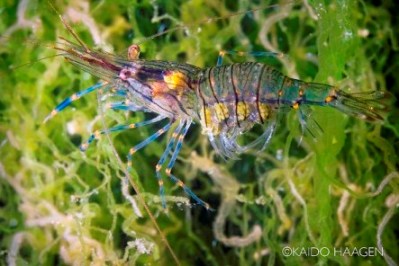 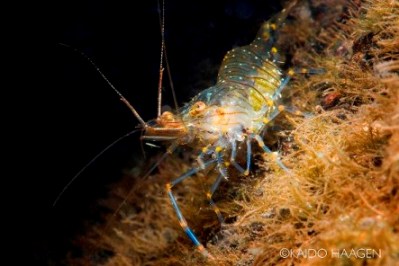 All photos by Kaido Haagen